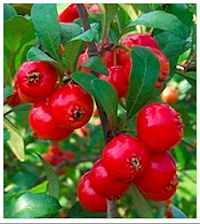 Some of my best childhood memories of visiting my Texan grandparents involve food: fried chicken as crispy outside as it was tender inside; black-eyed beans stewed with ham hocks or bacon; iced tea so sweet, it made my teeth ache.

But before I began researching this novel, I’d never heard of the mayhaw berry, an East Texas delicacy especially popular in the early 20th century, when the story takes place.  Back then, this succulent crimson fruit was prized as the main ingredient in mayhaw jelly, which some fans describe as tasting like a cross between peach, apple, and apricot. 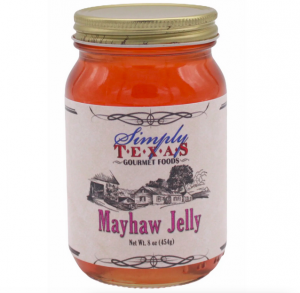 As with so many things humans crave, part of the berry’s allure probably derived from how hard it was to procure. In their wild state, mayhaw bushes grow in the same marshy, tangled ravines and riverbeds also favored by snakes, scorpions, and poisonous weeds, which is why picking their fruit, according to one expert, “ranks right up there with the Indian rites for achieving manhood.”  Nowadays you don’t have to expend quite as much effort to find mayhaws, which are often cultivated in orchards and sold at farmer’s markets or, in their jellied form, by purveyors of trademark Texas food. (Though some people, like Duck Dynasty star, Phil Robertson, prefer to make it at home.) 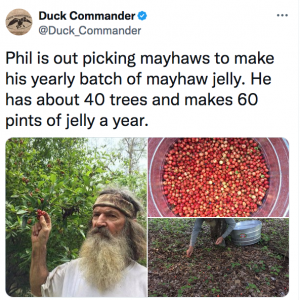 ws also show up in several key scenes involving my protagonist, Leola, and her great-aunt, Malvina Hughes. Though I couldn’t find recipes from that era calling specifically for mayhaw berries, I had to imagine someone like Malvina—a spinster of little economic means but endless resourcefulness—would have found good use for them in her famed desserts, especially the berry trifle Leola adores. Malvina’s recipe is one of those dishes everyone tries to emulate but that never comes out quite right, probably because in ‘sharing’ the recipe, she (inadvertently or not) leaves out some key component or step.

And so it is a moment of particular significance when, faced with their impending separation, Malvina gifts this one closely-held secret to Leola. It’s not the mystery Auntie wishes she could solve—the one that would save her great-niece from her current painful circumstance.  But over Leola’s lifetime, it serves as a reminder of her kinswoman’s dauntless spirit–and the sustenance she provided during the darkest of days.

How Not to Be a Spinster