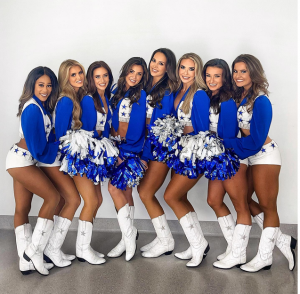 My protagonist, Leola, is in love with Joe Belfigli, a gifted horticulturist five years her senior. Besides being handsome as the day is long, with his sparkling black eyes and sun-burnished skin, Joe is different from Leola’s usual bland choice of suitors, can speak three languages, cook up a storm, and admires Leola for her intelligence as much as her moss-green eyes.  He’s also Catholic and the son of an immigrant, which makes him (and Leola by default) the target of the white nationalistic fervor raging across America during the early 20th century. (And not just in the south.)

Believe it or not, vintage Lucchese boots–like this 1883 pair, sold on Esty–are as prized as the new kind. (Which Leola discovers later in the book.)

But if there’s one thing that Leola admires about her beau in particular, it’s his refusal to apologize for who he is. This trait finds outward expression in Joe’s style of dress, including the fancy embroidered boots no everyday farmer would be caught dead wearing, made by the Lucchese brothers of San Antonio. I like to imagine Joe not only appreciates the fine workmanship of that footwear (never mind his were bought second-hand, heels worn to nubs and color masked by sun-baked grime), but because he identified with the Lucchese backstory, so similar to his own. 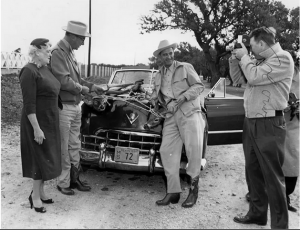 Young politico Lyndon Baines Johnson, wearing one pants leg tucked into his Lucchese boots, shows off the deer he hunted to the press.

Those boots eventually became a status symbol for many Americans, including a young senate candidate named Lyndon Baines Johnson. In the photo on this page, he’s wearing one pant leg judiciously tucked into his boots (a popular trend of the day), the better to show off his pair of Luccheses, which granted him a cachet denied by his roughneck origins. Ironic, that this group of people, once so reviled and marginalized, could eventually confer such prestige–and how impossible it is now to imagine American life without them. Do you own a pair of Luccheses?  If you do, take a pic and post it here!

A Novel History of the Car
Scroll to top